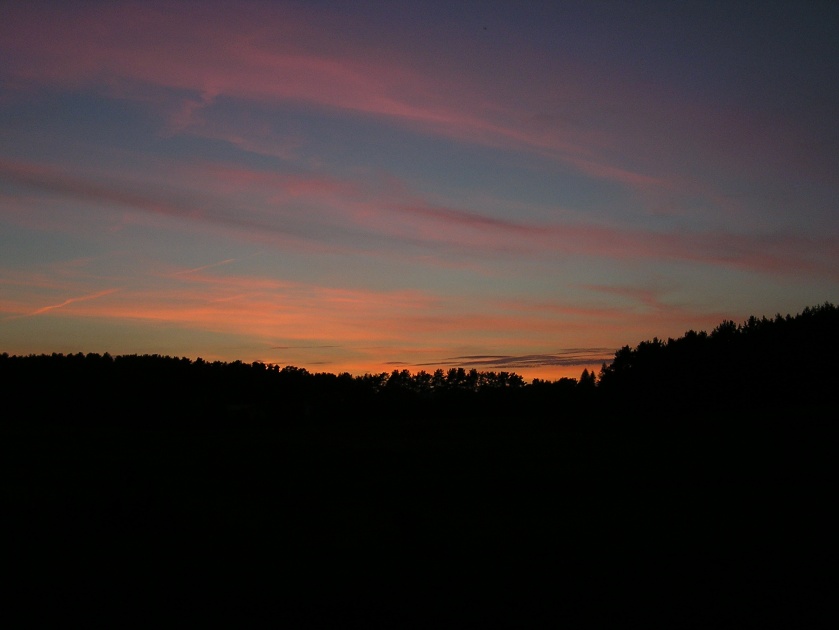 Yesterday marked the end of quite a long journey – for me – to get this novel telling the story of The Woodcutter finished. It has now been sent to my first beta reader.

The original idea came from a short story I wrote for Fright Club, the then HWA Online Writing group. I had long thought of twisting the old Little Red Riding Hood fairytale and came up with an idea whereby the Woodcutter and Grandma existed, as did the famous red cloak – but there was no Little Red Riding Hood herself. This initially appeared in published form as a short story in Iron Faerie Publishing’s Fabled anthology. It has changed somewhat since then.

It’s taken a couple of years to come to fruition, mainly because I wrote another book inbetween – one which has just come back from beta readers and which I am now reviewing in light of their comments. The work never ends – but I love it!

The concentration it took in recent weeks to really get into the world of the Woodcutter and Grandma, and their cottage in GodBeGone Woods, was quite marked at times. A folk horror, I have a number of unreliable narrators, some who believe in the legends surrounding their village of Little Hatchet and the woods, and others whose outlook is coloured either by childhood trauma and experience or environmental factors. If I say specifically what these are, it would give too much of the story away.

Naturally, unreliability can cause confusion and that has been my main worry when creating this – that my foreshadowing might be too subtle or my later explanations might appear like some clonky info dump. My wonderful beta reader is fully aware of this, so hopefully fresh eyes will tell me whether I’ve hit the mark or not.

This little blurb I sent with the draft gives a bit more background:

‘A tragic accident shrouded in mystery leads to a family reunion in the hidden village of Little Hatchet. This community has existed within the overwhelming shadow of GodBeGone Woods, the forest home of the mythical Woodcutter and Grandma, for centuries.

The reunion occurs against the backdrop of incomer Oliver Hayward’s scheme to raise money for the village by recreating part of the Woodcutter legend – a scheme hiding Hayward’s own murderous intentions. Old wounds are re-opened and ties of blood and friendship are tested to the extreme when the Woodcutter is summoned and Grandma returns.
In this story there is no Little Red Riding Hood, no Big Bad Wolf, only the blade of an axe.

Now it’s back to my other book, not folk horror, but a post-apocalyptic scenario where the apocalypse didn’t quite happen as expected. This has gone through a few name changes but I think I’m going to settle on The Barricade. After that, it’ll be time to start looking for homes for these two and get a couple of projects long on the backburner going.

Woodcutter Writing Playlist:
(Always played in random order! I will say A Forest pretty much looped as I edited though!)