Alyson Faye is a writer I’ve come to know and admire over the past few years, and is one of the most supportive people I know to all writers. She is also an editor par excellence and jumped onboard (or should I say plunged into the abyss) when this project threatened to become overwhelming. As well as her editorial contribution, she has supplied a fantastic story, MaXXed Out for the Third Circle. It is a pleasure to give the spotlight over to Aly herself.

Infernal Clock: What was the inspiration behind your story?

My story had to feature the sin of ‘gluttony’ so I began thinking about what character I could create who was hugely obese, a slave to his appetites. Due to my interests in film/TV and acting, I created the character of Max Llewellyn, a massively popular TV comedian who is also morbidly obese.
Max’s appetites lead him into very dark places, and then his life unravels big time.

Infernal Clock: What is your idea of hell on earth?

There’s a lot of scope with this idea:- one possible hell is an eternal loop where you live out your worst mistakes again and again with no let up.

Infernal Clock: The Inferno was created on old ideas of sin. If you had to label the nine levels how, what would you call them? Would you keep it at 9? Increase or decrease?

Pass on that one, I’m not big on listing sins! and the world is messed-up enough without me listing all the ways!

Infernal Clock: They say the Devil has all the good tunes. What song would you recommend as an accompaniment to your story?

The Devil’s Harmony:- I’m much more of a film fan than a music buff, so I’d always go with a movie – if that’s allowed – The 1933 Mystery of the Wax Museum, an early example of 2 strip technicolour.

Just a pop-in quick visit though – I wouldn’t want to linger- not sure this is the top tourists’ destination spot – wouldn’t mind a quick ferry ride with Charon and a cuddle with Cerberus, but after that home for tea.

Infernal Clock: What is the hottest food you’ve ever eaten. Can you share a recipe?

Probably a curry or an American tacos dish when I was over there.

Infernal Clock: Who is your ‘favourite’ villain in history or fiction?

Villains get all the best lines in books and films – not so much in real life I suspect. Alan Rickman in Die Hard comes to mind.

Infernal Clock: What is your long-term ambition for your writing?

I want to keep writing and enjoy it and improve, and look back on these years and think ‘Yes, you did good there.’

Infernal Clock: Top-tip for other writers

If you want to write, then do it and keep at it.

Alyson Faye lives in West Yorkshire, UK with her husband, teen son, trio of cats and a rescue dog, called Roxy. Her fiction has been published widely in print anthologies – DeadCades, Women in Horror Annual 2, Trembling with Fear 1 &2, Stories from Stone, Ellipsis, Rejected ed. Erin Crocker), Strange Girls, and in many ezines, but most often on the Horror Tree site, in Siren’s Call and The Casket of Fictional Delights. In 2019 Demain published her Gothic story, Night of the Rider, in their Short!Sharp!Shocks series and her noir crime novella, Maggie.
Recently she has had stories in the NHS charity anthologies, Diabolica Britannica, Kitchen Sink Gothic 2, Things in the Well’s Trickster’s Treats 4, and she has released her own collection, Darkness Calls. (available on amazon).
Her work has been read on BBC Radio, local radio, on several podcasts (e.g. Ladies of Horror), posted on YouTube and placed in competitions. She performs at open mics, teaches, edits for an indie publisher and hangs out with her dog on the moors—in all weathers. She’s on twitter @AlysonFaye2 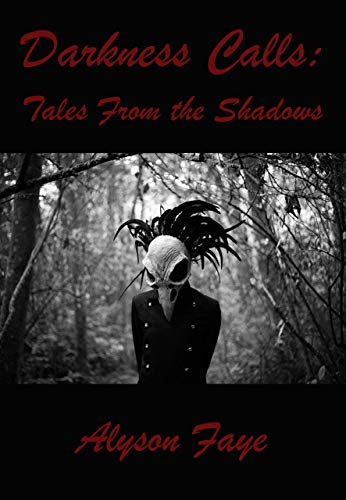 ← INFERNO: Veering Off Course With Cassie Daley
Inferno: Goes for the Jugular with TC Parker →